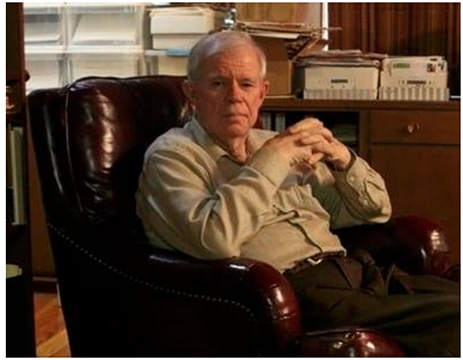 William, Bill, Barlow the exceptional collector passed away in October, 2021 while in the midst of lending his archives of various old auction house sales to us.   During 2021 he lent and we converted his collection of almost 700 Henkels’ Auctions of Philadelphia [1885-1933+/-], adding 369,343 records to Transactions+. They were a specialist in the selling of books, manuscripts, maps and ephemera.

This past September we had our last lunch together, and he asked that his Bangs auction sales, amounting to about 800 of them, be the next project to bring clarity to the auction history of collectible paper of the later years of the 19th century.   That same day, he lent me his complete holdings and I carried them away, expecting to complete them by mid-year in 2022.

We knew that his health was declining but always spoke about remaining healthy and involved.  At 87 though, life was being measured a day at a time.  Aging for him was difficult, time the relentless pickpocket that both offers hope and concern in equal measures.  Optimism was his boon companion, anxiety necessary to avoid risks as his energy waned.  He believed the Bangs sales would illuminate what has long been an obscure but busy period in the old book world and I was beyond happy to say, “we’ll get them done.”

This past week, on 24 March we completed the first stage by imaging all of them, while the completed portion of the earlier converted auctions have already been steadily added to Transactions+.  As of today the Bangs records amount to 409,009 entries.  By June we should be offering about 800,000 of them. It’s what Bill believed in.

And, not surprisingly, the Bangs records are showing the auction world in the late 19th century to be beyond robust.  Valuation relied on random resources and even Sabin, the gold standard for Americana was only halfway and 25 years away to completion.  The old book business of that era was the complex alchemy of chance, luck and memory.  Bill wanted that story to be told.

In the 1890’s Bangs was conducting 80 to 100 sales a year, divided into 4 categories, 1] old, used and uncatalogued, 2] sequenced but minimally described, 3] fit and proper but not often enough exceptional and then 4] single owner and curated category sales that would capture the attention of the field when the gems would make their appearances.

Bill has slipped away but his generosity remains, leaving the field with a better understanding how collectible paper in the auction rooms journeyed from the American Civil War era to the modern era.

For paid services members here are two links in the Advance Search section to appreciate what the Barlow Archives are bringing to the history of old paper at auction a hundred years ago.