Shirley Anson: in love with history and preservation 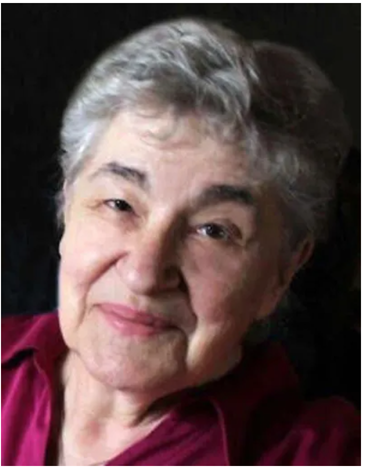 Shirley Anson, 82, historian for the Town of Plattekill in Ulster County, New York passed away December 14, 2021 and I write to remember and celebrate her commitment and interest in history and preservation.  Our paths crossed about 10 years ago when I found something in a Rhode Island dealer’s inventory related to Plattekill and contacted her, as historian for the Town of Plattekill, to learn if she knew about it.  She had been aware but the price had been more than her budget allowed.  I bought it.

What I found when I received the manuscript, was a directory of the organization, rules, membership, and borrowing history of the Pleasant Valley Library Society in Plattekill from December 1810 to 1821--.  What I also found was an early Ulster  County community committed to learning, while wrestling with the value and availability of books.  Their local population had limited literacy, sources for books were few and their prices dear but nevertheless they were committed to encourage literacy.

In time I concluded the impetus for this private library was probably related to Thomas Jefferson’s long established advocacy for literacy. Even as early as his writing of the Declaration of Independence, his writings reflected his view that basic education was instrumental to securing life, liberty, and pursuit of happiness.  Private subscription libraries, after independence was won, would turn out to become bridges to future literacy.

Good intentions aside, the histories of such private libraries were fraught.  Their organizers were clear in their pursuit of literacy but universal public education was only an idea.  Only a few residents could read and afford to pay for membership and pay the occasional penalties for late or damaged material.  In Plattekill in the early 19th century, there was the will to try and the written records show how the commitment worked out.

Their short lived library society would turn out to be a purely local effort to lend copies, subject to their rules.  Who would be their members, what material they acquired for their lending stock, who borrowed what, and who followed the rules is described in manuscript detail.  It is an amazing document.  Free libraries would replace most private institutions later in the 19th century.  The PVLS would turn out to be an early example of inspired commitment.

Shirley was very interested in the Society’s records and I had the entire document professionally scanned and organized for her.

Between us, we began to wonder if any of the more than 100 books listed in the Society’s records could be found in or nearby Plattekill.  She was controlling several inventories that once had  been held locally and began to look at every book she had to see if any had the Society’s mark and in time found seven that were the exact copies referenced in the Society’s records.  In time, she sold me two.  We were beyond excited.  Such discoveries are the holy grail of local collecting.

Such discoveries aside, she was committed to the Plattekill Historical Society, I flew east and met.  She had ambitions but local history is thinly supported.  I visited the two buildings they had, imagining how they might create a museum.  She was both convinced and convincing and Jenny and I gave her $5,000.

Now her daughter, Jami and her son Kelly, are joining the Society’s board.  Shirley was for decades the power, intelligence and ambition of that organization, and she leaves me in awe of her commitment to local history.

She is gone now but leaves footprints leading into the future.

With my deepest gratitude.  She made a difference.

I wrote an article for the September 2016 issue of Rare Book Monthly about the Pleasant Valley manuscript records, titled "A Private Library in Ulster County:  the year 1810.  Shirley left a comment.