An Open Letter to the Trustees of the Armory 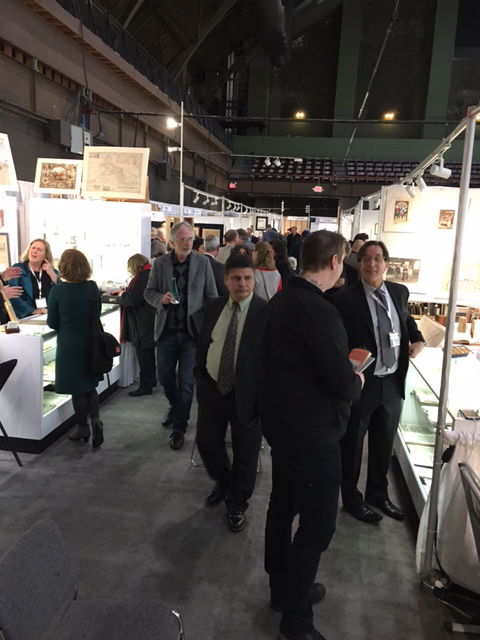 Concerning the Armory and its relationship to the printed word:

Trends arc up and down.  Stand too close and there seems no mystery because the data points all point in one direction.  Stand back to see these same trends over decades and it’s apparent public taste both wanes and waxes.  The Antiquarian Booksellers Association of America has sponsored an annual book show for over half a century in New York. It is the most important antiquarian book event of the year. It is a New York tradition. But today, the New York Antiquarian Book Fair finds itself in the crosshairs of they who decide policy for the Park Avenue Armory, and who are considering offering the book fair’s slot to another organization. What the hell, who needs books anyway?

Should public television replace Nova with the Jerry Springer show because the latter is more popular in the moment? Or maybe we should convert the New York Public Library into a video game arcade. That may make it a more popular hang out for young people, and isn't what appeals to the young all that matters in our society, the 12-29 age demographic?

This year marks the 400th anniversary of the passing of William Shakespeare. For 400 years, his legacy has endured. No, it has more than endured. It has been celebrated by generations. Shakespeare represents so much of our shared culture, our love for literature and art, our thirst for knowledge, our appreciation of heritage. After 400 years, should we blow out the candles on Shakespeare?

The Armory was the brainchild of many famous and important book-collectors of the 19th century who were also significant national figures.  In walking away from their wishes, intentions, and preferences, you opt for money and convenience over the city’s, the nation’s and the world’s commitment to the printed word.

J. Pierpont Morgan, the great banker, industrialist and book collector of the turn of the twentieth century employed part of his fortune to leave New York the great Morgan Library. Industrialist Andrew Carnegie invested much of his fortune dotting the American landscape with public libraries. The man who is the answer to New York's iconic question, "Who's buried in Grant's tomb?" spent the last days of his life feverishly finishing his autobiography. It has undoubtedly been offered to collectors at many New York Antiquarian Book Fairs.

That commitment to the book, which to you may seem less if not absolutely unimportant compared to rents and cash flow, will endure long after today's latest fads are forgotten. The ABAA booksellers and the collectors who have kept the book alive through changing times have not forgotten what endures fads and time.

In the larger scheme of things the printed word will always have a place.  Whether that place is 643 Park Avenue in April 2017 remains to be seen.