A Century Later, the Endurance, the Ship of “South, the Story of Shackleton's Last Expedition,” Has Been Found 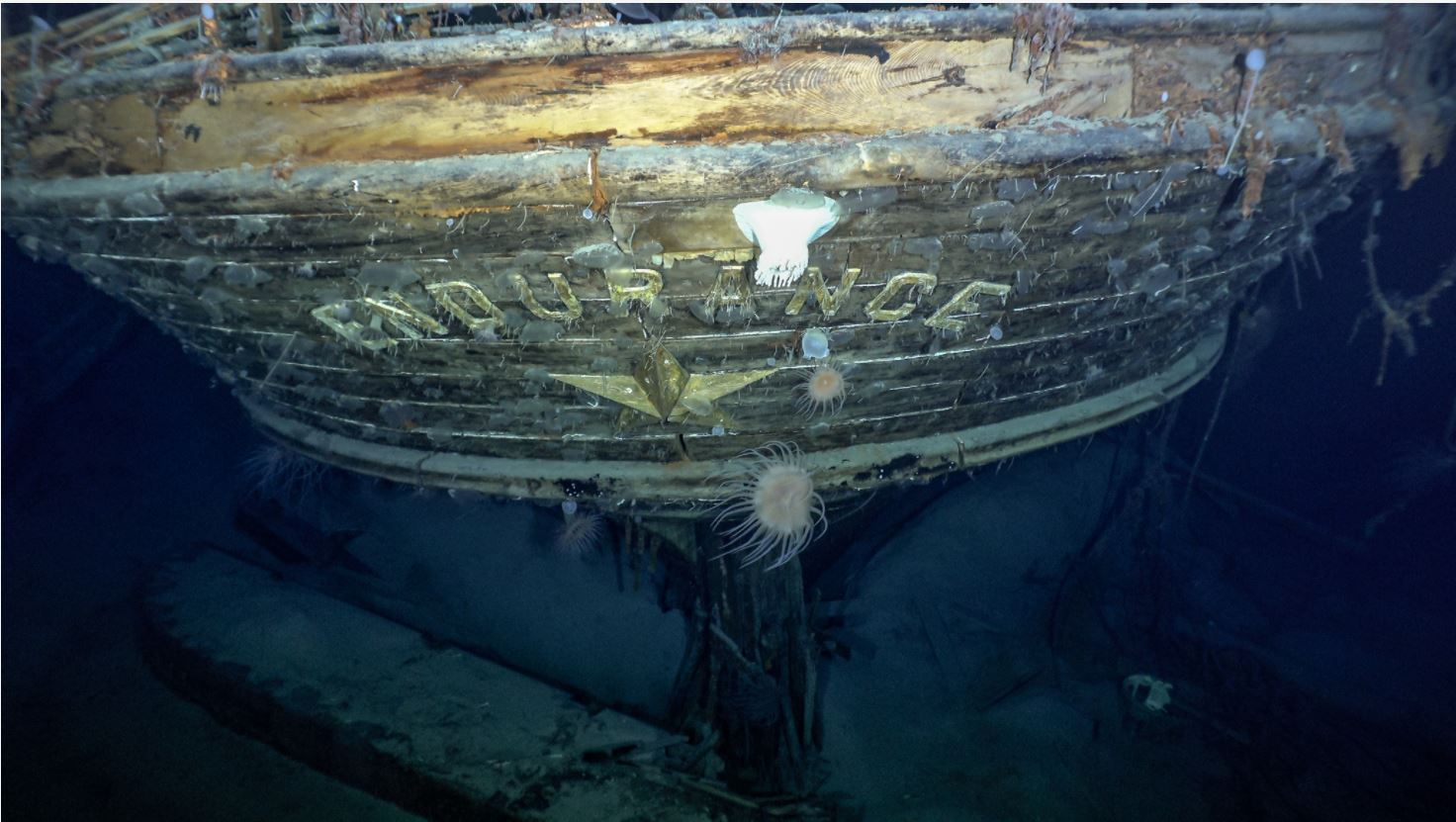 This story is something of a follow up on an event described in the polar exploration classic South, the Story of Shackleton's Last Expedition 1914-1917, a century ago. Polar exploration was the last frontier of the Age of Discovery because conditions were so harsh. The accounts of these hardy souls is today a highly collectible field.

Ernest Shackleton was the greatest Antarctic explorer, though perhaps he is not quite as famous as Roald Amundsen and Robert Falcon Scott, the two who ultimately battled to be first to reach the South Pole. Amundsen prevailed by a few weeks in 1909. Shackleton attempted it in 1907, falling 112 miles short, still the farthest south anyone had travelled at the time, before barely making it back alive.

Shackleton planned to try again, but Amundsen and Scott beat him before he had a chance. As a result, he decided to try something different and even more challenging. He would attempt to be the first to cross the Antarctic continent overland. In 1914, he set out on the Imperial Trans-Antarctic Expedition, not returning home until 1917. Shackleton had two ships, the Endurance and Aurora. There was some question as to whether the mission would take place at all following the outbreak of the First World War, but with a one-word telegram from First Lord of Admiralty, Winston Churchill - “Proceed” - the expedition began.

The first stop was South Georgia Island, from which the Endurance was to proceed to the Weddell Sea. Next, the party would land on the continent. The men would then begin their journey across Antarctica. They never did. The Endurance quickly ran into trouble in the Weddell Sea. It got stuck in ice on January 19, 1915. They could not escape. Shackleton hoped the drifting ice would take them to land, but nine months later, the ship being crushed by the ice, Shackleton ordered it be abandoned. On November 21, 1915, the Endurance sank.

Shackleton hoped the ice floe would still drift to land, but several months later, he gave up, ordering the men to take the lifeboats to uninhabited, inhospitable and rarely visited Elephant Island, 350 miles away. From there, he selected 5 of the 28 men to go with him in one of the lifeboats back to South Georgia. They made it after enduring hurricane force winds, landing on the opposite side of the island from a Norwegian whaling station. Shackleton and two others crossed the center of the mountainous island on foot. They were then able to get a boat and return to South Georgia to rescue the others.

Meanwhile, the Aurora experienced troubles of its own and returned home. As with his attempt to reach the South Pole, Shackleton failed to achieve his goal. However, in the process, he sealed his just reputation as one of the greatest and bravest explorers of the heroic Age of Antarctic Exploration. Apsley Cherry-Garrard, who accompanied Scott on his ill-fated journey and barely survived, summed up Shackleton best: “For a joint scientific and geographical piece of organization, give me Scott; for a winter journey, give me Wilson; for a dash to the Pole and nothing else, Amundsen; and if I am in the devil of a hole and want to get out of it, give me Shackleton every time.”

Shackleton made one more journey to Antarctica, in 1922, when he planned to circumnavigate the continent. However, he suffered a heart attack on arriving at South Georgia and died before the mission could begin.

This takes us to today, 100 years after Shackleton died. He is again in the news. More specifically, his ship is. The Endurance was last seen as it sunk beneath the sea on that cold (we can assume cold) day in November 1915. Like the Titanic for many years, people knew it was down there somewhere, but where exactly was unknown. Now, the mystery has been solved.

This past February 5, the Endurance22 mission left South Africa in an attempt to find the missing ship. What they had was Endurance Captain Frank Worsley's record of the ship's location when it sank in the Weddell Sea. With the aid of sonar, the Endurance22 mission began searching the deep waters for its namesake. Just four miles from where Worsley noted it sank, a ship was located by sonar. Expedition leader Dr. John Shears was quoted as saying , “It can only be one ship. In this area, few ships have ever even been here. We're only, I think, the fourth ship to ever get into this place in the Weddell Sea. It's Endurance. It can be nothing else.” The Endurance was resting on the sea bottom, two miles below the surface.

Cameras proved the ship to be in surprisingly good shape. Director of Exploration Mensun Bounds said, “This is by far the finest wooden shipwreck I have ever seen. It is upright, well proud of the seabed, intact, and in a brilliant state of preservation. You can even see Endurance arced across the stern.” Bounds also emphasized the discovery is about more than history. He continued, “it is not all about the past; we are bringing the story of Shackleton and Endurance to new audiences, and to the next generation, who will be entrusted with the essential safeguarding of our polar regions and our planet. We hope our discovery will engage young people and inspire them with the pioneering spirit, courage and fortitude of those who sailed Endurance to Antarctica.”

In accordance with international law, the Endurance will remain where it is, on the sea bottom two miles deep, a historic monument.

And now, you can add one more chapter to your copy of South, the Story of Shackleton's Last Expedition.