A life built on books and love 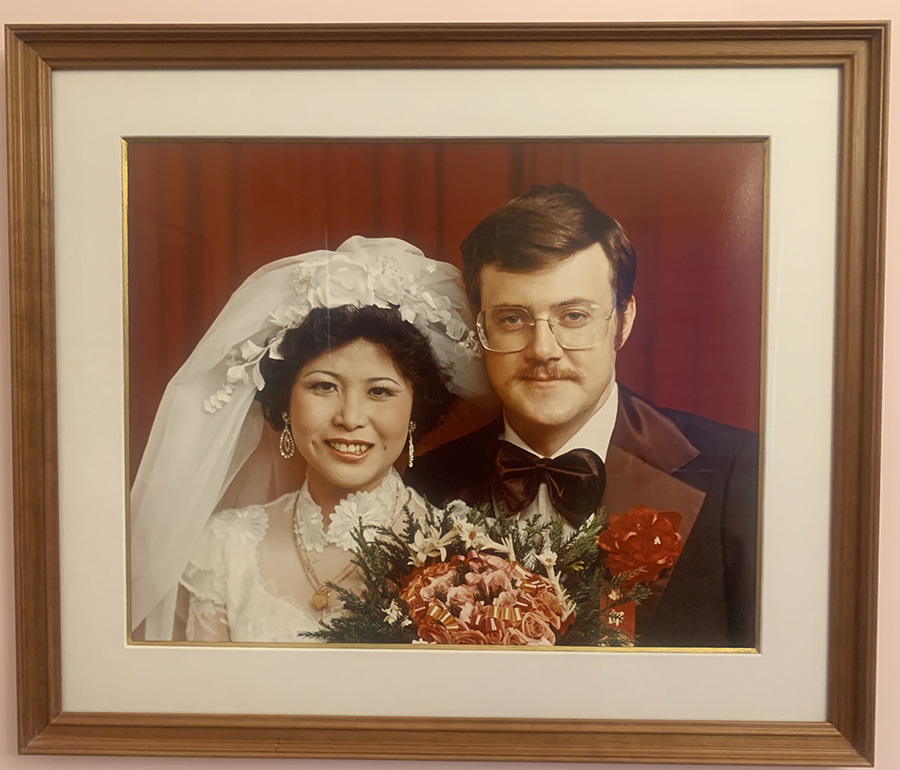 When I was a kid I knew there were other worlds because there had to be.  My home town was connected to the rest of the world by books and newspapers and our libraries provided card catalogs to worlds I could only imagine.  Most people I met in New Paltz came from other places and that they were then there suggested my community looked relatively good.  Certainly there were ways out.  The New York State Thruway honored us with their exit 18 and of necessity everyone had to explore nearby cities to buy anthing special to avoid the limited choices on Main Street.

But the principal way to visit other places was by reading about them and librarians were excited to scan their shelves and offer suggestions.  Was your preference fiction or non-fiction?  I went hard for facts and reality.  It was there 65 years ago I read about Sun-Yat-sen.  That thin volume was one in the 122 volume Landmark Series and the library had them all and believe I read every volume two or three times.

And yes, I read the encyclopedias and glimpsed the benefits and deficiencies of various brands.  The gold standard was Britannica.  Our local college had one.  Single articles could open inquiries into progressively more complex subjects.

In time New Paltz didn’t feel like such a backwater.

In my teens many of my best teachers were interested to talk about the world.  And if I read a book they hadn’t yet read they were willing to talk with me about it.  Knowledge was the ante into the game.  I remember those teachers with the greatest respect.

In my mid-teens I learned that most people didn’t understand money.  A solid 85% of the people I knew worked by the hour and I instinctively knew to sell by the job.  It was such a simple concept and surprisingly few understood it.  I mowed lawns and never offered a price.  What’s it worth? was my approach.  When asked why I’m working I explained I was earning money for college and would put it in the Savings Bank.  Many families in time became invested in my future and years later I would come by to say their support made a difference.

In 1959, when I was 13, my Mother explained the family could not afford to send me to college.  I was to have a plan.  In time I taught myself to play basketball in a football town and earned scholarship offers.  I also qualified for a New York State Regents Scholarship.

During college my Mother asked me to sell advertising for their newspapers.  Money was kind of tight and turned my attention toward the process.  Newspaper advertising in the printing era was sold by the column inch.  The number of column inches directly converted into significance or as the term of art was at that time, splash.  Are we trying to sell a couple shop-worn lawnmowers or are we going to run a truckload sale?  I learned how to sell big space.

Quickly I found my parents' circulation was a problem.  I resolved this by obtaining fresh copies of the phone books of the 5 communities we covered and started calling every number, town by town to ask if the person answering was a subscriber.  Would they join us? It would take two years as we bumped the circulation up from 2,000 to 5,600,  We then increased our advertising rates by 50%.

When I was 24 my mother and I agreed I would go on by myself to start a new business.  It began on September 3rd, 1971.  It was called the Orange County Free Press, a Controlled Circulation publication under the USPO regulations.  That class of mail was charged as 3rd class and delivered as 2nd class, the newspaper class.  I published the PO receipt each week to prove all 34,000 copies were delivered and received.  It immediately became an effective media.

That confirmation made it easy for me to sell major advertisers who typically never saw actual proof of circulation.

After 17 months, I sold the Free Press to Courtland Communications in Ohio.  Soon after my Father passed away and I then helped my Mother to sell their papers.

On November 4th, 1974, driving a brand new yellow VW bug, I disconnected the odometer and headed into the new world my librarians and my teachers introduced me to by reading.  I carried two knapsacks, one for necessaries and the other for books.  With a book in my hands I would never be alone.

A month later, stopping in Denver, I learned that a friend was being hunted by the police for a marijuana charge and was afraid he would go brain dead behind bars.  I offered to create a library and canvassed book stores and law offices for material they might spare.  Within two weeks I created a 500 volume lending library at the Arapahoe County jail and he turned himself in.  On to Mexico to have my first martini, I soon become deeply bronzed on the beaches of Puerto Vallarta spending 2 months in Mexico and soon after arriving in San Francisco, stayed with an old friend Jeff, sold my car and hitched to Seattle to take a tramp steamer to Yokohama.

With my Fodor’s I started to hitchhike toward Tokyo with cars driving by, some stopped immediately, asking my destination and making suggestions.  At 6’5”, slim and tan I was soon being asked to take photos with them, some calling me an American giant.  Their spirits were generous and found the language barrier minor when the spirits were willing. I liked those people, they made me feel welcome.

There I read John Hersey’s Hiroshima and in time travelled to Nagasaki and stayed on a nearby mountain top.  Down below, what had once been a city, was perpetual grey mourning, incinerated lives and dreams extinguished.  In the arc of their human experience I found both despair and hope.

Two months later I boarded a flight to Hong Kong and applied for a job I was well suited for:  Wanted:  An American.  I was to run a trading office in Taipei and a week later met Jenny, my love and my partner. And we would go on to build many businesses together.

Reading and books would always be the key to my life.

To the many that offered help and advice I will always be grateful.

At the end of the year I hope to complete our story with a comma, letting time to add the period