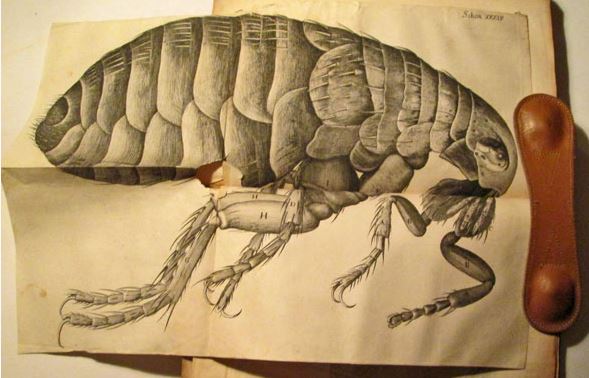 AbeBooks has released its list of the top 10 most expensive items sold on their site for the second quarter of 2016. These lists give us an anecdotal but interesting look at what is selling for the highest prices online in the books and paper field. One trend confirmed by the list is that booksellers are offering, and collectors buying, an increasing number of items in the related paper fields these days, rather than just books alone. In a look back and forward last month, AbeBooks' PR & Publicity Manager Richard Davies pointed out that the site, once exclusively the province of books, has expanded to other forms of paper, in response to customer interest (click here). Looking at this list, he noted, "It’s interesting to see that non-book items are commanding high prices."

Indeed, while most of the top prices are for books, the list includes some original artwork, prints, photographs, and a personal letter from Winston Churchill. That may be the most intriguing of the items, as it is a love letter to a lady who rejected his proposal for marriage, a response only the inimitable Mr. Churchill could have written. We will get to that shortly, but here now, in reverse order, are the top 10 sales, all 13 of them!

10. Travels through the Southern Provinces of the Russian Empire, in the Years 1793 and 1794, by Peter Simon Pallas. First English edition (1802) of Pallas' description of his journey through southern Russia and what he saw. $7,800.

9 (tie). Mastering the Art of French Cooking, Volumes I & II, by Julia Child, Simone Beck & Louisette Bertholle. No one ever taught Americans more about French cooking than Julia Child. She signed this copy with her signature remark, "Bon Appetite!" $8,500.

9 (tie). Atlas Shrugged, by Ayn Rand. The conservatives' inspiration has signed this copy. $8,500.

8. Micrographia, or Some Physiological Descriptions of Minute Bodies Made By Magnifying Glasses, by Robert Hooke. Published in 1665, Hooke took the first look through a very powerful microscope and drew what no one had ever seen before. $9,000.

7 (tie). Collection of Theodore Roosevelt Photographs from Underwood & Underwood. The progressives' inspiration is seen at work, play, and war from 1898-1909. $9,500.

7 (tie). Capitalism and Freedom, by Milton Friedman. Back to one for the conservatives, a signed first edition of the case for less government intervention in the economy. Is this a presidential election year? $9,500.

6. Lorsch Gospels Facsimile Edition. The original was produced from 778-820, but this facsimile is from 2000. Nevertheless, it captures the beauty and detail of the hand-produced original. $10,726.

5. Winnie the Pooh, by A.A. Milne. This first edition is signed by Milne on the official bookplate, and inscribed on the opposite page by illustrator Ernest Shepherd. $11,851.

4. Here is the letter from Winston Churchill, written to Muriel Wilson, heiress to a shipping fortune and according to at least one contemporary American source, "Great Britain's most beautiful girl." They had been friends for years when Churchill proposed marriage. She declined. She apparently thought his prospects limited, his devotion to politics insufferable. He figured she would change her mind. "You are not certain in your own mind," he writes. "Don't slam the door. I can wait - perhaps I shall improve with waiting. Why shouldn't you care about me someday?" Churchill was logical, if not terribly romantic. In what must be a classically misguided way to ease Miss Wilson's disinterest in his serious politics, he continues, "Let me see you again before Monday. I will try to talk trivialities." He next attempts to reassure her he will change his priorities: "...you may be perfectly certain that I am not going to change or try to change. On the contrary... I am not going to be thrust back into my grey world of politics without a struggle." Sure he would have dropped out of the limelight and spent the rest of his life puttering around the estate. Muriel knew better. Churchill then signs off affectionately, "Yours always - Winston S.C." In time, Muriel Wilson married an army officer and three years later Churchill married Clementine Hozier. Clementine was obviously better equipped to cope with the quirks of his personality as they stayed married the remaining 57 years of Churchill's life. And, Winston and Muriel, and Clementine too, would all be friends for the rest of their lives. $12,500.

3. Troilus and Criseyde, by Geoffrey Chaucer. This book was published over 500 years after Chaucer died, but he undoubtedly would have approved as it was a fine press edition from the notable Golden Cockerel Press. $14,136.

1. What could be more worthy of the top spot than original artwork from the beloved children's writer Dr. Seuss? This is a drawing of Sam I am, rushing off with a plate of green eggs and ham balanced on his fingertips. $17,832.