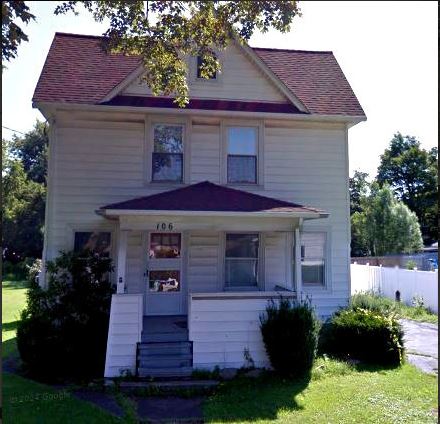 The two key players in the crime that led to the killing of a comic book collector have been sentenced to prison terms of 20 years for their role in the case. Mastermind Rico Vendetti, 45, of Rochester, New York, was convicted of racketeering. Donald Griffin, 28, also of Rochester, was convicted of committing murder in aid of racketeering. Earlier, Arlene Combs, who was the go-between for Vendetti and Griffin, was also sentenced to 20 years for racketeering.

The scheme that ended in the death of 78-year-old Homer Marciniak of rural Medina, New York, began back in 2005 with petty thefts. Vendetti, who operated a tavern in the Rochester area, put together a ring of shoplifters. They hit numerous large stores, such as Walmart, Target, Sears, Home Depot, and JoAnn Fabrics. What they stole was not expensive merchandise, but mostly ordinary items in large quantities. According to the U.S. Attorney for Western New York, those items included "breast pumps, Crest Whitestrips, cross stitch and needlepoint kits, electric toothbrushes and replacement heads, computer memory sticks and flash drives, pet supplements and DNA tests for pets, razors, razor blades and replacement razor heads, tool sets, vacuum cleaners, binoculars, batteries, plumbing fixtures and KitchenAid mixers." Vendetti paid his shoplifters 25 cents on the dollar for what they stole, and then sold it for 50 cents on the dollar, primarily through eBay or similar places. Over $700,000 worth of merchandise was sold this way, making one wonder how they were able to get away with so much shoplifting for so long without being caught.

In 2010, Vendetti stepped up his plans. He became aware that Marciniak, a retired janitor of modest means, had a valuable comic book collection. He had been collecting comics since he was a boy, with the result that some were very old and quite valuable. Vendetti got Combs to assemble a crew of three thieves to break into Marciniak's home and steal his comic book collection. Each was to be paid $1,000 for their efforts.

The three, Griffin, Albert Parsons, and Juan Javier, cut Marciniak's phone line and broke into his home in the early morning hours of July 4, 2010. Unfortunately, Marciniak awoke and confronted the thieves. Griffin responded by punching Marciniak in the face, and he and Javier then tied the homeowner up with bed sheets. Javier also threatened him while holding a BB gun. The three burglars then located the comic book collection, which they took, delivered to Combs, who then delivered it to Vendetti.

Marciniak was able to free himself after they left and obtain help. He was taken to the hospital where he was treated for his injuries. He was then released, but later that day, suffered a massive heart attack. Marciniak already suffered from a serious heart condition. He was readmitted to the hospital that afternoon, but died a short time later. Medical experts concluded that the trauma of the event, and the blow to his face, directly contributed to Marciniak's heart attack and death later that day.

Vendetti professed great sorrow and remorse at sentencing, but evidently, the Judge was not impressed. He described Vendetti as a "Darth Vader" type, with no good qualities. Vendetti, Griffin, and Combs will all begin serving their 20-year sentences. Javier, who was only 17 at the time, was sentenced to seven years. Two others, who also participated with Vendetti in racketeering and conspiring to sell stolen merchandise, were sentenced to terms of 46 and 55 months, and another to time served. Only Parsons has yet to be sentenced, with his sentencing due this month.