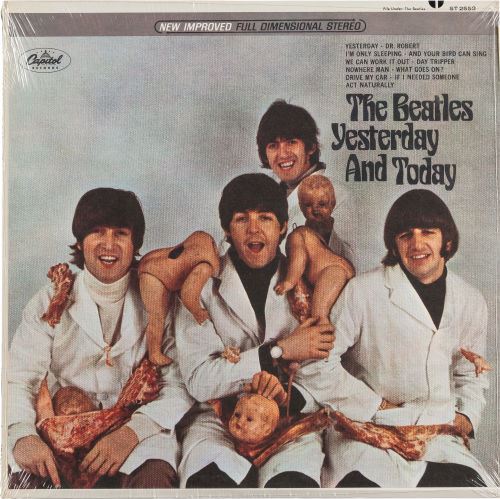 10. The only manuscript of notes from British mathematician/logician Alan Turing ever to come on the public market, this one created during the Second World War. $1,025,000.

5. Boards for Tintin, le sceptre d'Ottokar, presumably a special adventure for the cartoon character Tintin and his dog Snowy (I think Tintin should have teamed up with Rin Tin Tin). $1,719,300.

4. Handwritten final passage of Lincoln's second inaugural address, including the timeless expression "with malice toward none; with charity for all," signed by the President, in a book with 74 additional signatures of important dignitaries of the time, including Vice-President Andrew Johnson, numerous political and military leaders, and other notable people. $2,213,000.

3. The Gospels of Queen Theutberga in Latin, an illuminated manuscript on vellum circa 825-850. She was married to King Lothair II of Lotharingia, an area today along the borders of France, Germany, and Switzerland. It was a political marriage, and Lothair spent most of his kingship trying to get rid of her. $3,098,940.

2. Hebrew Bible including the Torah and Haftarot created in England in 1189. It is the only surviving English Jewish manuscript from prior to the expulsion of the Jews in 1290. It came from the collection of the Valmadonna Trust Library. $3,610,000.

Note: What type of material qualifies for this list?

Essentially, it is material on paper that is of literary or historic significance, rather than works of art. Anything textual will qualify. Books, even those that are works of art, are textual too. We also include books of artworks where bound together, but as a loose portfolio, they are unlikely to make it without some accompanying text.

Posters and other forms of broadsides generally contain text, and even those mainly images, such as movie posters, are meant to convey information about a film, not provide an artistic experience. Borderline but included was the Beatles' album Yesterday and Today with the famed first issue "butcher cover" sleeve, showing the musicians in butcher smocks with pieces of meat and pieces of baby dolls. It was so grisly it was quickly recalled. Maps, which provide geographic information, always qualify. Paintings, on the other hand, rarely do. However, original artwork used in a book does qualify. E. H. Shepard is a regular on these lists. Once in awhile, the message of a painting or drawing is so compelling it makes the cut. This year, four drawings of flowers by Jacques Le Moyne sold by the Arader Galleries made the list. Le Moyne was the artist for the 16th century French settlement in Florida, one of the earliest visitors to what is today the United States. As a result, his drawings are among the very first images of America. A caricature watercolor of the crew on board the ship Beagle in 1832 also made the cut. Why? Because among that crew is the only image of Charles Darwin on the voyage that led to his discovery of the theory of evolution. This painting is important for historic, not artistic reasons.

Perhaps the trickiest area is photographs. In the early days, photographs, like books, conveyed information, only visually instead of textually. However, by the 20th century, photographers were becoming more like artists, like painters rather than journalists. The result is we include early, primarily 19th century photography, and photographs depicting historic events. If we included photo artists, just as if we included painters, our list would be dominated by them, including recent paintings and photographs. Perhaps the ultimate example of a quandary is Ansel Adams. His photographs captured both information and beauty. His books of photographs definitely qualify. His individual photographs do not. As for his portfolios, those in-between collections, that is a tough call. Perhaps we need a new word to describe the border between works on paper and art. How about calling it the "parmelian" line?