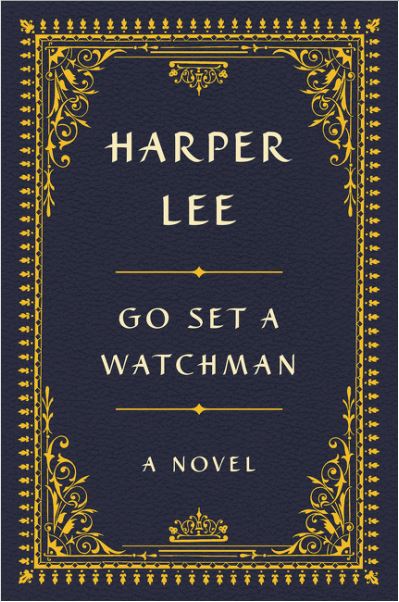 A signed, limited edition of Go Set A Watchman is now available.

A very special edition of the best selling novel of 2015 is now available. An edition limited to 500 copies of Harper Lee's Go Set A Watchman has been published by HarperCollins, with a price tag of $1,500. It features a leather binding with gold foil stamping, gold gilded edges, and comes in a velvet lined "elegant" cloth box with a magnetic latch. We suspect this is secondary to the book's $1,500 price. What is remarkable is that it is signed by Ms. Lee. She is 89 years old and said to be in less than spectacular health. She reportedly signed the pages over a period of a few months, with those pages later being bound into the copies of her book.

Harper Lee is, of course, best known for her 1960 novel To Kill A Mockingbird. It is a tale of race relations in the Old South, a classic in its time and still today. It took 55 years for Ms. Lee to have a second novel published. For some time after Mockingbird was published and became an instant success, she apparently tried to write some more. For whatever reason, it didn't work out for her, and she stopped trying long ago. Watchman was supposedly found by her lawyer in her safe deposit box. It was actually written before Mockingbird, an apparent first attempt that with many rewrites morphed into Mockingbird. However, it is not at all the same book. It is in effect a sequel, twenty years later, lead character Scout all grown up, and her progressive father, Atticus Finch, more of a typical southern bigot of the time.

Critics were not fond of it, but a public kept waiting 55 years grabbed it up. Certainly, readers had long ago given up on there being a second Harper Lee novel and this was an incredible surprise, enough of one to overcome the book's weak reviews.

Lee's role in all of this raised suspicions. She never published a second book and steadfastly retained her privacy. She retired to small town Monroeville, Alabama, avoiding interviews and publicity. Her legacy, like her privacy, was jealously guarded by her older sister, Alice. Alice died last year, and attorney Tonja Carter became primarily responsible for Ms. Lee's affairs.

A few months later, the discovery of Watchman was announced. Some wondered about the sudden turnabout in Ms. Lee's attitude toward publishing another book. She is 89 years old, reportedly hard of hearing and not of good eyesight, and living in a home. Since the death of her sister, she has gone from being a withdrawn, small town resident to something of a business, this $1,500 limited edition being the latest example. Still, Harper Lee herself remains inaccessible to all but a few. Has she changed, emerged from the shadows of a more aggressive sister, or is she a very elderly lady easily influenced by a lawyer and publisher who have taken over her sister's role? I don't know, but I do think these 500 copies, despite their cost, will soon be gobbled up. There are not likely to be many other signed copies of Go Set A Watchman ever available. Once these are gone, you will be left to troll the secondary market, and pay whatever it demands.