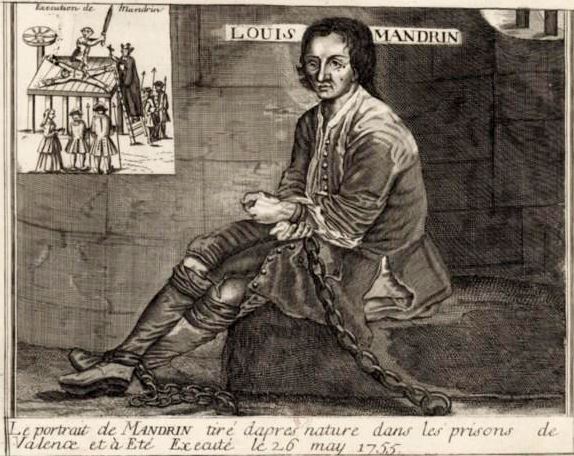 The anonymous author of this political testament is Ange Goudar (1708-1791)—a maverick writer, and a fascinating character: “He used to travel a lot,” states the Dictionnaire des Journalistes. “Not because he enjoyed it, but because his activities as a gambler, a spy, an informer, a pimp and a lampoonist prevented him from remaining at the same place for too long.” A close friend to Casanova—who quotes him in his memoirs—Goudar wrote many pamphlets and books, always promoting the economical ideas of Montesquieu. As a matter of fact, the latter wrote against the Ferme in Spirit of Laws (book XIII, ch. XIX). Though Montesquieu thought that the farming could be relevant for a start—for there is an art in preventing frauds, which motives of interest suggest to the farmer—he advised the Prince to use direct collection instead: “By this he saves to the state the immense profits of the farmers, who impoverish it a thousand ways. By this he prevents the people from being mortified with the sight of sudden fortunes. By this the public money passes through few hands (...) and consequently makes a quicker return to the people.”

Goudar targeted the Fermiers, and his words placed in Mandrin’s mouth hit hard: “The Fermiers have more gold and money than the rest of the people of the kingdom!” We can hear the Revolution roaring in this dreadful pamphlet! Here is the obvious source of Mandrin’s good reputation! Standing as a fierce opponent of one of the most unpopular systems of the Ancien Régime, Mandrin was identified as a defender of the poor and oppressed—thanks to his angel Goudar! The impact of this political testament is shown through another book published in 1789, and entitled Analysis of the Political Testament of Louis Mandrin. The subtitle is quite eloquent: a book in which this extraordinary man foretold and demonstrated that the system of Ferme Générale would ruin the State and the King. Our murderer and smuggler had now officially become an extraordinary man, and 28 Fermiers Généraux were sent to the guillotine—in 1794. Kings of the Earth, remember that fortune can be whimsical!

The Fate of Mandrin

The Fermiers, upon learning Mandrin’s whereabouts in the kingdom of Sardaigne, illegally sent fifty men to capture him in 1755. The King of Sardaigne, jealous of his sovereignty, asked Louis XV to return the prisoner. But the Fermiers hastily tried and convicted Mandrin, who was executed two days later! He was sent to the wheel in Valence: “His arms were broken, his legs, and then his thighs and his back,” reads La Vie de Mandrin. “He died while looking at the heavens from whence his punishment came from.” Feeling sorry for him? “He lived like a villain, and was treated as such,” ends up the book. But his legend lived on, and the French article on Wikipédia still reads: “In the collective psyche, he remains a hero, who robbed the rich while challenging the establishment.” Corinne Townley explained: “As an enemy of the Ferme, he’s been used as a tool of propaganda by those who have criticized taxes over the centuries—during the Revolution, of course; but also in the 19th and the 20th centuries. It is the case with one of his most famous biographies, written by the dubious Frantz Funck-Brentano. But Mandrin was also revived during the popular insurrection of La Commune, for example.” In 1860, Louis-François-Sosthène de la Rochefoucauld made it clear in his book Mandrin Réhabilité (Mandrin Rehabilitated): “Victim of a dark period, this man who was condemned as a thief, would today be regarded, thanks to the progress of the Lumières, as a hero and a martyr. Mandrin was a socialist.” Certain things need to be said.

A song entitled La Complainte de Mandrin and sung in modern times by the late Yves Montand, also participated in the myth of Mandrin. “Yet, the title left aside, this song has little to see with Mandrin,” underlined Corinne Townley. “Mandrin was never hanged, to begin with.” But even a villain’s life can be twisted and used according to the context. In this world, as stated by the famous physician Antoine Laurent de Lavoisier—a Fermier himself, who was beheaded in 1794: nothing is lost, nothing is created, everything is transformed.