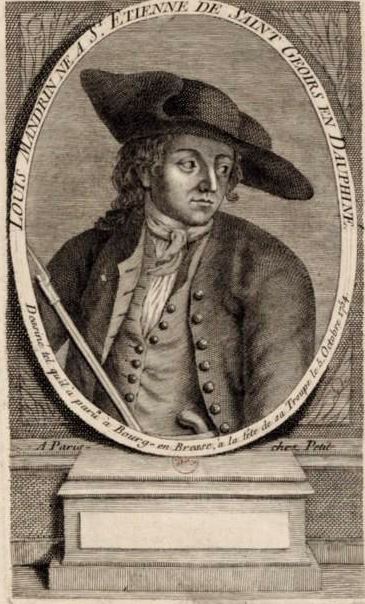 The King was an untouchable figure nobody dared to criticize openly. It was safer to blame those who worked for him. Thus, in the summer of discontent that eventually led to the Révolution of 1789, the Fermiers Généraux were made the scapegoats of a corrupt system about to scramble down. But who were the farmers? Most book lovers have heard about those 60 independent tax collectors—later 80 and then 40—as they financed one of the most sought-after books of the 18th century, Contes et Nouvelles en vers, by Jean de Lafontaine (1762). Why they decided to print a book, and this particular one, remains uncertain; but they sure did things properly, having the 2,000 copies—figures vary according to the sources—printed on Holland paper by Barbou in Paris. They also asked Eisen to illustrate it with some 80 engravings. The result is a set of two in-8° volumes usually bound in full morocco—of course—and sold nowadays for several thousands euros. This is a sort of Grail for bibliophilists, despite the weak contents—if you ask me, but who does? If the copies of this book are usually luxurious it is because the Fermiers were wealthy men, who wouldn’t satisfy themselves with a common binding. Appointed by the Minister of Finance—in fact, they bought their position at a very high price—they officially collected indirect taxes for the King providing that they paid a fixed amount of money—called a bail. Thus, the King knew exactly how much he would get—and when—and didn’t bother collecting the money.

In 1726, the historical Fermes established since the Middle Age were all brought together, and became the Ferme Générale. The Fermiers hired their own men and were very influential people—they had their own militias and their own courts of justice. “A lot has been said about their riches,” said Corinne Townley “but it was often exaggerated. In fact, their profits were regulated.” Among other taxes, they collected those regarding tobacco. And Mandrin mainly smuggled illegal tobacco—as well as sophisticated silks from England. “Everyone on the frontier was more or less smuggling goods,” laughed Corinne Townley, “but Mandrin was at the head of one of these short-lived gangs, that operated between 1730 and 1760 in a totally unprecedented way.” Riding horses, they crossed the frontier, hastily sold their illegal stuff, and then drove back to their place as soon as possible. “Just like the modern go-fast,” said Corinne Townley, referring to the criminal habit of carrying drugs from one point to another as fast as possible, using powerful cars. “But Mandrin loved to show off, and it cost him his life.”

Because of political frictions and economic interests, the Dutch gazettes gladly related Mandrin’s exploits in a positive way. His consequent troops—800 men according to the book—located in the then independent region of Piémont-Sardaigne defied and ridiculed the Crown of France; and that was all right with the Dutch. The way Mandrin operated is quite puzzling. Many times, he simply forced the employees of the Ferme to buy his goods! He fixed prices, and asked for his money at gunpoint. On December 17, 1754, he went to Seurre, in Bourgogne, and forced the Receiver General of Salt and Tobacco to buy a load of illegal tobacco from him. In Beaune, he assaulted the town, killed several soldiers, and asked for a ransom, which was paid to him. He loved provocation, too; and was known for wearing the golden-fringed hat of a Brigadier of the Ferme he had murdered in January 1754—the same hat he usually wears on his portraits. This is quite a romantic way to smuggle goods, indeed; but not enough to turn him into a hero. On the contrary, another book published in 1755, La Mandrinade, drew an excessively dark picture of him. The title page claims the book was printed at Saint-Geoirs, the native town of the villain—an obvious forgery. “This story will urge you to run away from the wicked,” warns the forewords, “and not to be one.” In this very short book—48 pages—Mandrin is depicted as a beast.

First, he made his pregnant mother suffer like hell even before he was born; and when he came from her womb, he was hairy like a goat! Then he was as a hater of religion, a pagan born for the despair of all mankind. One day, he asked his men to cut the throat of a little child as an oath of allegiance. They complied and collected the innocent blood: “Mandrin poured it into a bowl, and then asked his men to plunge their left hands into it; they then swore to remain faithful to their master, holding a loaded pistol in their right hands. What a devilish scene! None more terrible shall be beheld but in hell.” Now, this is too much, isn’t it? It should have been enough for the world to see Mandrin as a heartless brute for the rest of days. But then came another book, Le Testament Politique de Louis Mandrin (The Political Testament of Mandrin). And this one changed everything.

The Political Will of a Villain

Political testaments were a literary tradition born in the late 17th century that enabled some writers such as Courtilz de Sandras—author of several fake memoirs, including those of D’Artagnan—to anonymously draw bitter portraits of the powerful. Colbert, Richelieu or Louvois were among those who left their will on paper. The testament of Mandrin is very short too—48 pages. But it became a best seller if we believe the title page of the 1756 edition that reads, seventh edition! Just like any political testament, it is a fake autobiography—supposedly written in jail; and a true political pamphlet that asks a few disturbing questions in the name of Mandrin: “I’ve relieved the people of a part of the taxes that brought them down (...); I’ve seen the tears of those I allegedly terrorised—who is this criminal the whole France is crying over, and whose life would gladly be saved by so many people ready to die for him? This is a mystery that the politicians of Versailles could easily inquire about. (...) Times are crucial, the kingdom has just been through a serious crisis; the nicest of all monarchies has almost been overthrown (...). The vice is the system of the Ferme.” The author denounces the considerable profits of the Fermiers Généraux—if the taxes amounted to 40 millions, he says, they collected 60, and kept 20 for themselves. He also criticizes the courts of justice established by the Fermiers, who thus became judge and jury. A situation mentioned by Montesquieu in Spirit of Laws: “As the moneyed man is always the most powerful, the farmer renders himself arbitrary (...); he is not the legislator, but he obliges the legislator to give laws.” The author of the testament also claims that the Fermiers employed 300,000 people at the time—the modern figures are closer to 30,000. “France wonders at so many smugglers operating on its territory! Can’t you see this is due to the Ferme?” To him, it was clear: finance* was a disease that had already killed the French agriculture, and would soon destroy the rest of the country—and that was 1756! The end of the book is cunningly composed of fake letters written by some ruined labourers or fired employees of the Ferme applying for a position in Mandrin’s troops. They sum up the hardship and miseries faced by the commoners, those who suffered in the hands of the mighty Fermiers and their corrupt system.

* Let’s bear in mind that France had been traumatized by the system of John Law, who introduced paper money into the kingdom in 1716. After a short honeymoon, the system collapsed, which led to a dramatic bankrupt.