Out with a Whimper – the All Hallows Sale 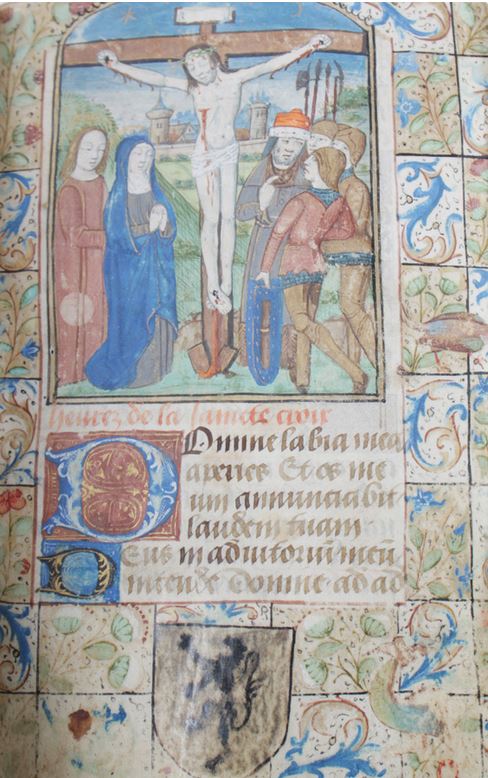 All Hallows' Book of Hours failed to sell.

The All Hallows library sale appears to have ended in a whimper. It's most notable item was earlier withdrawn, and what remained had little magic when it went up for auction. The amount received will make little difference to an institution that already has announced that it will be closing its doors.

Earlier this year, All Hallows College, of Dublin, Ireland, announced that it had discovered an amazing collection of letters written by Jacqueline Kennedy it planned to put up for sale. The value likely would have been millions of dollars. All Hallows is an obscure college in Dublin operated by the Vincentian Brothers. The obvious question is how did they come to have an amazing collection of letters written by America's most glamorous First Lady? The answer is that Mrs. Kennedy, then still Jacqueline Bouvier, who had just graduated from college, was introduced to Father Joseph Leonard of All Hallows on a visit to Ireland in 1950. The 21-year-old young lady and the 73-year old priest hit it off famously. Though they would only meet once more, they exchanged letters for the rest of his life. He was sort of her “Father confessor,” a rock in times of need. Leonard died in 1964, so the letters include those written at the time of her deepest despair, when her husband, President John Kennedy, was assassinated.

The letters had been lying around All Hallows for half a century when the announcement was made they would be offered for sale. The response was not good at all. Many saw selling such personal letters at an auction tacky at best, a violation of Mrs. Kennedy's privacy, maybe even a violation of a priest-penitent relationship. All Hallows explained that such a relationship cannot exist through written correspondence, but the principle, if not the letter of the law, was still in question. The Kennedy family also reportedly expressed strong objections. Finally, Father Leonard's will was found, and it revealed he had left his property to the Vincentians, not the college they operated. The letters were withdrawn.

This story has a few subplots. One is that All Hallows was in desperate financial straits. The reason for the planned sale, not clear at the time, was not the tackiness of its administrators. It was a last ditch effort to raise enough money to keep the doors open a little longer, in hopes the solution to its financial problems that had long evaded the college could still be found. When the sale was cancelled, so was All Hallows. A few days later, Father Joseph McDevitt, President of the college, announced it would be permanently closing its doors.

The other subplot came when Owen Felix O'Neill, a bookseller who had been brought in early to evaluate All Hallow's books, but with whom there was a later split with the auction house called on to sell them, offered the opinion that there were millions of dollars worth of material missing from All Hallows. According to the Irish Times, the thefts had gone on for a long time, with the value “quite a few million.” Father McDevitt, in the same article, is quoted as estimating the value as “in the thousands.” He said some things thought missing were misplaced with the value of anything taken nowhere near the level estimated by Mr. O'Neill.

We do not know whether what is missing is of great value, but we do know that when the art and books offered by All Hallows were finally put up for sale by Sheppard's Irish Auction House last month, the results were underwhelming. A couple of paintings did sell in the $20,000 range, but the books brought in very little. The major item was a 15th century Book of Hours, estimated at £40,000-£60,000. It did not sell. A 16th century German Bible took in £2,800 (around $4,500), hardly a dent for an institution that, after almost two centuries, was closing forever.

Addendum:  It has been reported that the Book of Hours was sold privately after the sale for £19,000.