Graham Arader on the sell-side at Auction 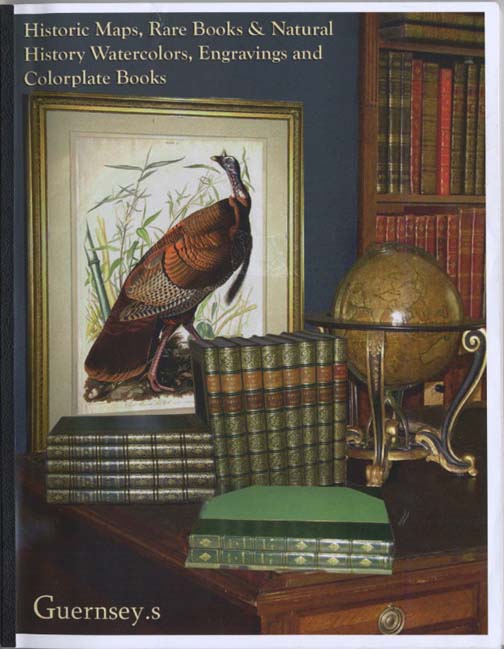 W. Graham Arader is a businessman with a communicable appreciation and love of maps, and watercolors.  He admits to have created the modern market for collectible maps and barely acknowledges that others believe they too were there when the star appeared over Bethlehem.  What is known is that Graham was selling maps from his dorm room at Yale in the early 1970s and recognized that individual maps were worth more than the books they were in, an idea taken for granted today.  In that epiphany he saw he could buy books of maps and hand-colored images and set them free as individual collectibles to an audience that wanted material to frame and display.  It was a simple concept, actually an act of genius that would become the basis of his career as the greatest map and images collector and one of the greatest dealers in the works on paper field over the next half century:  a simple idea that has come to define a complicated life.


So it is meaningful that he now believes the wheel has turned and the world changed in how buyers and sellers will increasingly establish the prices of collectible materials.  He sees the auction model establishing the purchase price, a breathtaking acknowledgement, that doesn’t spell the end of how he sells today but does point to market-derived pricing in the future.  As he explains it, “the world changes.”


So on December 5th Guernsey, the New York auctioneers, will conduct a sale of 282 items for the Arader Galleries and in a further departure from standard practice hold the sale at the Arader Galleries at 1016 Madison in Manhattan.  There is nothing predictable about Mr. Arader and little reason he abandon the original thinking that has carried him to the top of the premium images market.  It’s simply time for a change.


His is an important sale and distinctive in significant ways.  It is a large sale; $12.6 million at the low estimate and $16.5 at the high.  Lots with high estimates of $10,000 and less are offered without reserve and are marked as unreserved in the lot descriptions or, if all lots on the page are unreserved, on the top of the page.  There are 138 lots in this category.  For bidders this is assurance they are not bidding against undisclosed house reserves that may create the illusion of multiple bidders pursuing an item.  As well Mr. Arader explains that for more valuable material, that is anything with a high estimate of $10,001 up, the estimates are intended to be low to reasonable and points to various examples to make his point: