Sex and Rage: BookFinder Issues Its Annual Report of the 100 Most Sought After Old Books 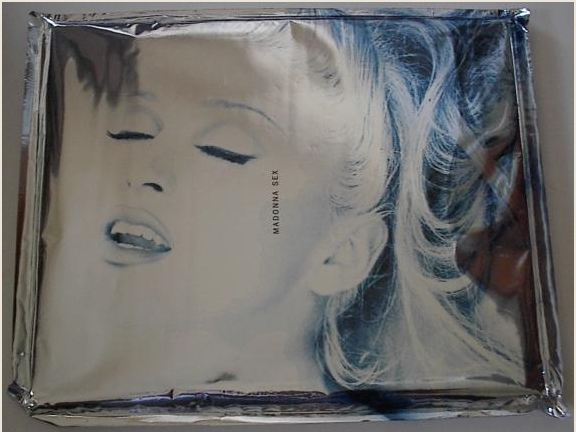 Madonna is a perennial #1.

BookFinder.com has issued its annual report of the 100 most sought after old books on their website. This is one of my favorites as it's such an eclectic list. BookFinder is a listing site search, that is, it searches many of the book listing sites all at once for matches. It is a place you go when you are trying to locate a particularly hard to find old book, one that may show up on only one listing site. As a result, the books on this list are likely to be highly wanted, yet out of print and hard to find.

This is a somewhat unusual combination because highly desirable out of print books are usually reprinted, at which point they stop being hard to find, and candidates for the BookFinder Top 100. Therefore, we frequently see books that were high on the list one year drop out the next, not because buyers stopped wanting them, but because they were reprinted and became easy to find. An example is Norman Mailer's Marilyn, which after four straight appearances was reprinted and disappeared from the list.


The few books that make an appearance year after year, then, tend to have some special circumstances. The most common explanation is that the book was an early work by a famous author, one they are now embarrassed by and refuse to allow to be reprinted. Nora Roberts' Promise Me Tomorrow, an early work she does not allow to be reprinted, is a long-running such example. Some might ask why Nora Roberts would single out one of her books in particular for this honor, but that is not a question I would ask.


Before we get to the top 10, we will take a look at a few of the other 90 titles that made the list. Number 85 is the oddly titled Apple Pigs by Ruth Orbach. It turns out this 1977 children's book has a loyal following of parents who loved the book when they were young, but can't find copies to give to their children. It's about a family that cares for a tired old apple tree, to be rewarded with such an abundance of fruit they have to share it with every conceivable person and animal.


We have seen this one before: #71 Pancakes A to Z, by Marie Simmons. It's a regular on the BookFinder 100. However, this is a new entry: #94 Almonds and Raisins, by Maisie Moscoe.


Number 67 provides one side of America's most famous dispute: McCoys: their story as told to the author by eye witnesses and descendants, by Truda Williams McCoy. Miss Williams, who married a McCoy, started her family history of the McCoys and their dispute with the Hatfields in 1920, and put her manuscript away in 1935, unable to find a publisher. It was not until after her death many years later that her daughter managed to get the book published (1976).


Item 31 is Reluctant King: The Life and Reign of George VI, 1895-1952, by Sarah Bradford. George VI, a shy prince who stammered when he tried to deliver a speech, was never expected to be King. However, when his older brother abdicated for “the woman I love” in 1936, George was forced onto the throne, just as the winds of war were leading Britain to its most threatening of times. The current popularity of this book undoubtedly traces to the Academy Award winning film about George's speaking issues, The King's Speech. George VI died in 1952 and was succeeded by his daughter Elizabeth, Queen to this day.


Here now, are the top ten most sought after books:


10. Tudor Roses by Alice Starmore. Once, knitting books dominated the list. Not so much anymore, but this title by an expert on traditional Scottish knitting still makes the cut.


9. 365 Bedtime Stories, by Nan Gilbert. This contains a one-page story per night for young children at bedtime. It's unclear how parents are supposed to handle leap year.


8. Codex Seraphinianus, by Luigi Serafini. A regular on the top 10, this is a strange, complicated, illustrated book about a fantasy world written in a consistent, though incomprehensible invented language.


7. Man in Black, by Johnny Cash. The autobiography of the country music legend has been moving in and out of the top 10 for years.


6. Mandingo, by Kyle Onstott. This 1950s novel set in the antebellum South would be turned into one of the more successful of the “blaxploitation” films.


5. Pure, White and Deadly; the Problem of Sugar, by John Yudkin. Too few people read this book when it was new in 1972, so now we have an obesity problem. Unfortunately, it is very hard to find this book now.


4. My Pretty Pony, by Stephen King. This story by the immensely popular King was printed in a relatively short run, hence the supply/demand imbalance.


3. Promise me Tomorrow, by Nora Roberts. A perennial on this list, the ever-popular Ms. Roberts does not like this book and hence will not let it be reprinted.


1. Sex, by Madonna. This one is always #1. The 1992 pictorial essay has never been reprinted, though the demand is obvious. Despite the enormous amount of twisted material now readily available on the internet (which essentially did not exist in 1992), this book was so pioneering in its kinkiness that even today it manages to push the envelope. It is a lasting tribute to the power of weird sex.


The complete BookFinder 100 can be found at www.bookfinder.com/books/bookfinder_report_2012