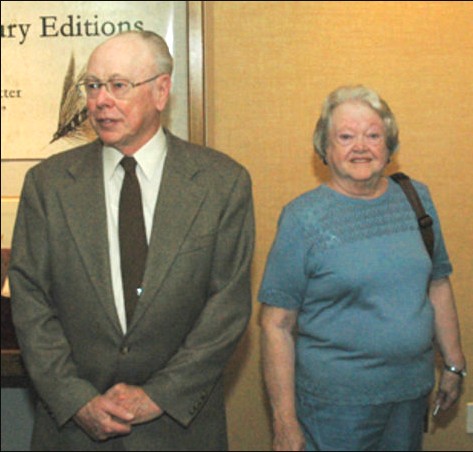 A major gift of sporting books was recently made to the department of Manuscripts, Archives and Special Collections at the library of Washington State University. The collection was donated by Joan and Vernon Gallup, residents of America's Northwest, with a longtime appreciation for the outdoors. The collection contains 15,000 books related to outdoor sports, primarily to angling, or what amateurs know as "fishing." The Gallup Collection is estimated to be worth $1.8 million, the largest gift or rare books ever made to the library's MASC department in its 120-year history.


The WSU library released a statement noting, "Assembled over decades from American and British dealers, the collection is three times the size of well known angling collections at Princeton University and the University of New Hampshire. It represents one of the largest of its kind ever donated to a public institution."


Washington State University is a bit out of the way, not necessarily where one might expect to find such a major collection. Located in Pullman, Washington, it is 300 miles from Seattle, but only 10 miles from Idaho. Come to think of it, that may be the ideal place in North America for a collection on angling, short of perhaps building a library on the banks of the Restigouche. It is located in an area of outstanding fishing, just a stone's throw from the Snake River. The library is situated at the heart of its audience.


Offering a hint at what is in the collection, MASC head Trevor James Bond said, "This collection is replete with amazing books, such as Sarah Bowdich's The Fresh Water Fishes of Great Britain. To vividly illustrate her book, Bowdich ground scales from fish and mixed them in her paints." Mrs. Bowdich's watercolors were issued in installments from 1828-36. The work is as rare as it is spectacular to view, having been issued in only 50 copies.


A complete set of Henry Abbott's "birch books" is also found in the collection. Abbott was an outdoorsman who would spend his summers in New York's Adirondack Mountains. He was something of an amateur naturalist who enjoyed hunting, fishing, and wandering the forests of northern New York. He was also something of an early preservationist of the forests when most saw them as valuable primarily as a source of timber. From 1914-1932, Abbott would write and self-publish his books, nineteen in all, and give them out as Christmas gifts to his friends. The moniker given them comes from Abbott making the covers look like birch bark. He only printed about 100 copies of each, so assembling a complete set is a major challenge.


No such collection would be "compleat" without the granddaddy of angling and sports books in general: The Compleat Angler, by Izaak Walton. While not the first fishing book, it is certainly the most famous. Walton evidently did well in his business, as he seems to have been able to spend most of the second half of his long life rod and hook in hand. His book is in the format of a dialogue, with the angler expressing both the joys of his pastime and providing practical guidance to fellow anglers. The Gallup Collection includes a copy of the 1653 first edition of this sportsman's classic.


Commenting on the value of the collection, Vice-Chairman of the Department of English Todd Butler said that it "will no doubt serve as the foundation for significant graduate work in humanities and related fields."